10 Influences From The Norse Mythology In J.R.R. Tolkien’s Works

It is no secret that J.R.R. Tolkien found inspiration in many cultures and mythologies from all across the world prior to finishing writing the highly critically acclaimed ‘Lord of the Rings’ high-fantasy trilogy (1954-1955) and its predecessor, ‘The Hobbit’ (1937). Amongst his most notable influences it is very much indicated to mention the Norse culture (alongside that of the Anglo-Saxons, naturally). Below you can read a list of 10 distinct facts on the Norse influence on J.R.R. Tolkien’s works. 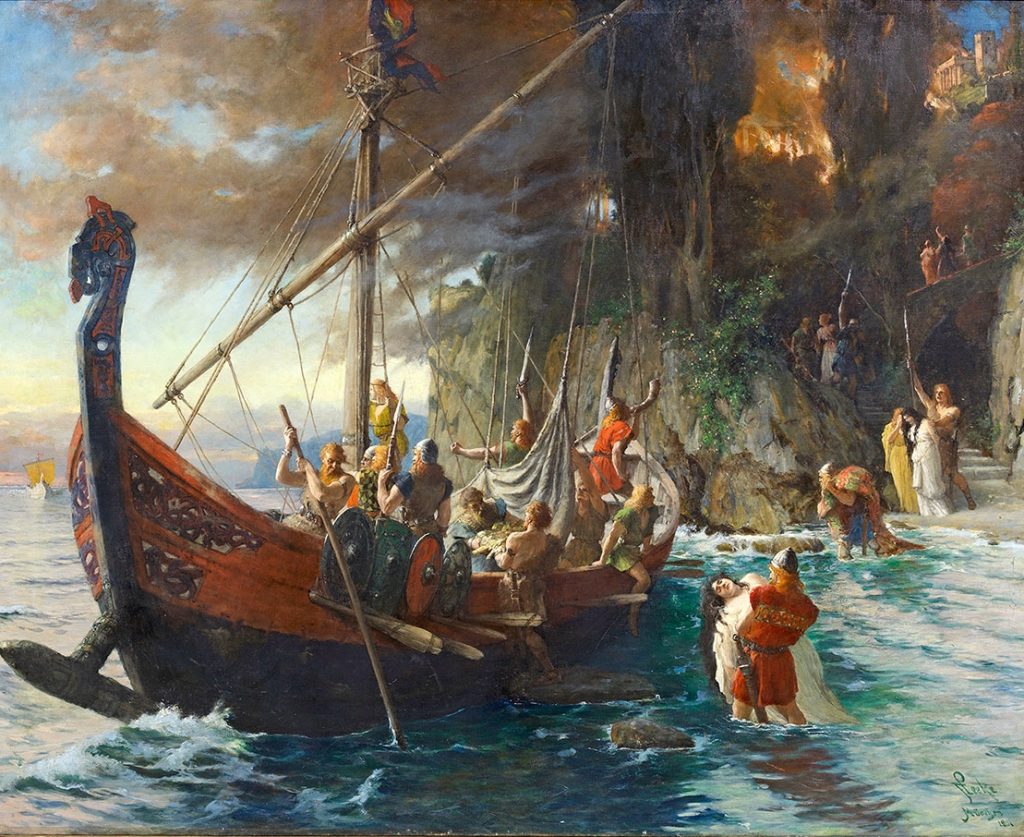 10. The names of the dwarves from ‘The Hobbit’ were actually not only inspired, but almost identical to those found in the Prose Edda.

9. Gandalf was also the name of a dwarf found in the same Prose Edda which was written at some point during the 13th century.

8. The Elves are based on the same supernatural beings found in the Norse mythology and the Scandinavian folklore.

7. In the legendary 13th century Vǫlsunga saga, the magical ring Andvaranaut (worn by the dwarf Andvari) which produces gold was the fantastic object that was behind the crafting of the One Ring.

6. Although the name of Gandalf was that of a dwarf (as previously mentioned), his wizard-wise figure was significantly influenced by the Norse god Odin (in particular his journeys as an all-knowing wanderer and prophet).

5. The legendary swords of Gram and Tyrfing formed the basis for the blade Narsil in ‘The Lord of the Rings’.

4. The dragon Fafnir which was slayed by Sigurd/Sigfried could have well been the inspiration for the dragon Smaug, as both had an immense lust for gold.

3. J.R.R. Tolkien along with fellow Leeds University professor E.V. Gordon formed during the 1920s a cultural club known as the Viking Club. The main goals of the club was to share knowledge about extinct Germanic languages as well as to discuss Germanic history and culture.

2. Midgard, or the realm of the mortal men in the Norse cosmology, was the main geographic influence for the Middle earth (although other interpretations have been also suggested, including the continents of the real world).

1. The different versions of the Norse Runic system were doubtlessly assimilated with the the runes found in Tolkien’s legendarium.

5 Responses to 10 Influences From The Norse Mythology In J.R.R. Tolkien’s Works