15 Renowned Vikings You Should Know

Below is a list comprising 15 renowned Norsemen (Vikings) who are known for having sailed over the North Atlantic Ocean during the 9th and 10th centuries or who are reputed for having played a pivotal role in the history of the early medieval Scandinavian states and of Western Europe during the early Middle Ages.

A Norwegian Viking, he is reputed for deliberately sailing to Iceland, being the first Scandinavian to settle there. Prior to his journey, there have also been other Norse explorers who set ashore on Icelandic soil (most notably Naddodd), but only under the circumstance of being blown off by the ocean currents from their initial course that would lead them to the Faroe Islands, rather than far up northward to Iceland, thus being only a mere coincidence that they ultimately arrived there.

According to the Norse sagas, he used three ravens to guide his passage to Iceland. He and his crew confronted with many obstacles throughout this voyage. The usage of the three ravens gave him the nickname ‘Raven Floki’.

He is recounted by many medieval historians as the first King of Norway. It was him who ultimately achieved the unification of Norway in the 9th century. He fell in love with the Princess Gyda Eiriksdottir, daughter of King Eirik of Hordaland. 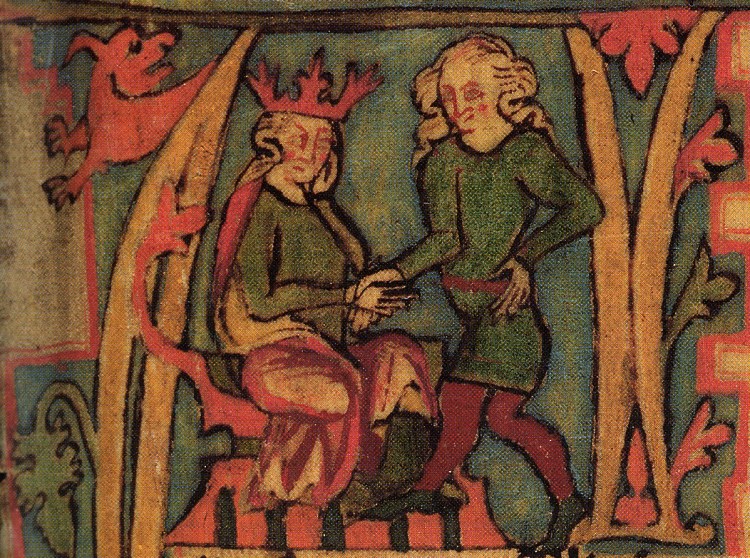 He was the son of Harald Hårfagre and successor to the throne of the Kingdom of Norway after his father’s death. In addition, he was also King of Northumbria during two short-lived terms from circa 947 to 948, and then once again from 952 to 954. He got his nickname ‘Bloodaxe’ because of his bloody conduct.

Erik the Red is credited for discovering Greenland in circa 982, after being exiled from Iceland because of murder. He got the name ‘red’ most likely because of the color of his hair and beard.

He was the son of Erik the Red and is credited for spotting Vinland (present day Newfoundland, Canada) in circa 1000. Subsequently, he and his crew settled the area for a brief period of time but were forced to flee because of a war with the indigenous Native American population (referred to as ‘Skrælings’ in the Norse sagas).

He was a reputed brave warrior, but also a very talented poet. He was born in Iceland at the round of the 10th century and is the protagonist of a 13th century Icelandic saga entitled ‘Egil’s Saga’, most likely written by the Icelandic medieval chronicler Snorri Sturluson.

He was the King of Norway between 995 and 1000 and played a significant part in the subsequent Christianisation of the Norsemen by building the first Christian church in the Kingdom of Norway. He is also known for the fact that he founded the city of Nidaros (present day Trondheim, in Sør-Trøndelag county, Norway). 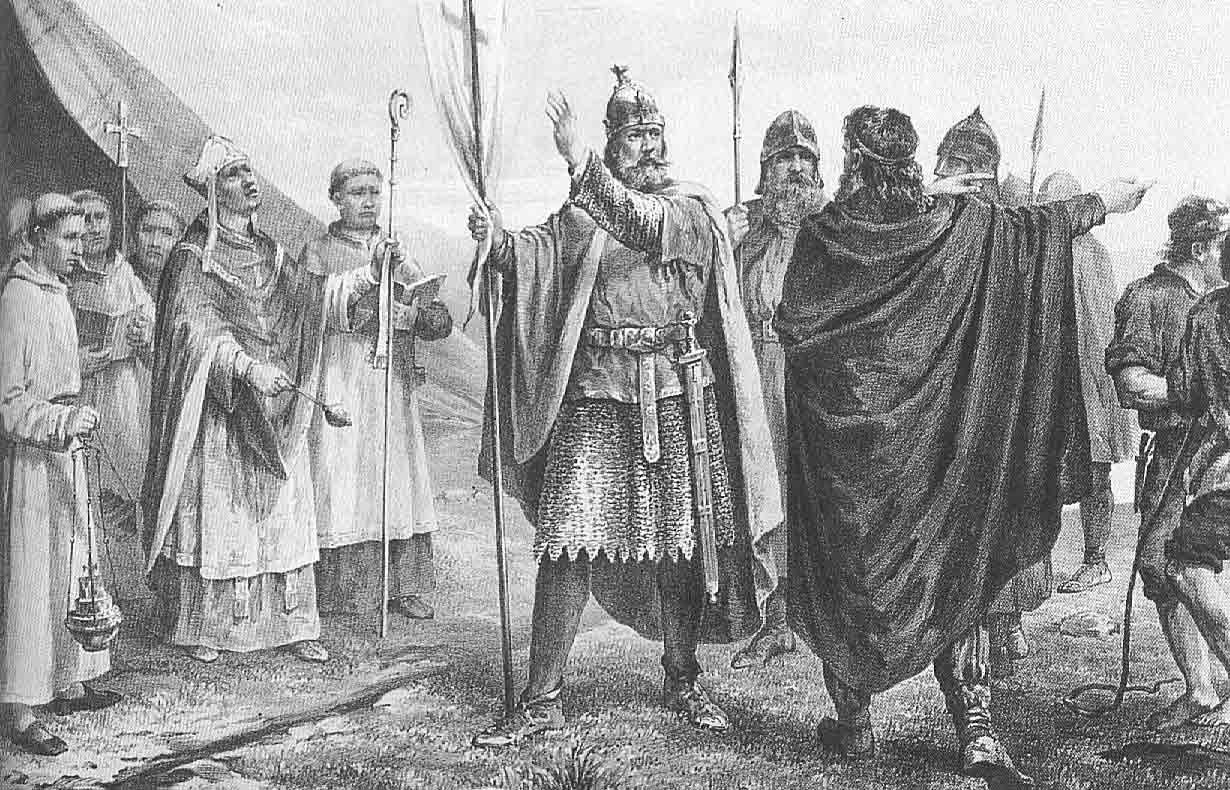 Olaf II of Norway reigned between 1015 and 1028 and during the Norwegian Romantic nationalism he was considered a symbol of national pride and independence. He was subsequently canonized in the 12th century, namely in 1164 by Pope Alexander III.

He is represented by the axe on the coat of arms of the Kingdom of Norway. He was killed during the battle of Stiklestad in 1030 by a ‘peasant army’ loyal to Cnut the Great.

19th century artistic depiction of King Olaf II of Norway being killed at the battle of Stiklestad from 1030. Image source: www.commons.wikimedia.org

Harald Bluetooth was the King of Denmark from circa 958 to circa 986. He is renowned for the fact that he had successfully managed to unite Denmark and Norway. As a matter of fact, the Bluetooth logo (symbolized by the blue background colour and the Norse runes H (hagall) and B (berkanan) — i.e. the initials of Harald Bluetooth) and the Bluetooth communication protocol between computers and cell phones was named this way in analogy to the the unification of Denmark and Norway that took place in the 10th century, just as the cell phones get connected to computers and vice-versa.

Sweyn Forkbeard was the King of Denmark, England and several parts of Norway from 986 to 1014. In the Anglo-Saxon chronicle, Sweyn Forkbeard is mentioned as ‘Swegen’. He rose to prominence by being the first Danish King of England in 1013.

Rollo was the first Count of Rouen between 911 and 927. It is still debatable to date if he was Danish or Norwegian in origin. Regardless of his actual roots, he was unmistakably the forefather of William the Conqueror, the first Norman ruler of England after the Battle of Hastings (1066).

Rollo and his men also gave the name of Normandy in northern France, the denomination stemming from the Nordic origin of the Scandinavian settlers that were given land by Charles the Simple of Western Francia in order to cease their raids in the region. The inhabitants of the Duchy of Normandy have been henceforth known as Normans.

Canute (or Cnut) the Great was the King of Denmark, England, Norway and several parts of Sweden from 1016 to 1035. He was the son of Sweyn Forkbeard. He is one of the most significant Danish kings of all time.

Harald Hardrada was the King of Norway between 1046 and 1066. He commenced his military service at the age of 15 at the Battle of Stiklestad (1030) alongside his half-brother, Olaf Haraldsson. Before his crowning as the King of Norway, he served 14 years as a military commander in both the Kievan Rus’ and the Byzantine Empire.

It is not known whether or not he had actually existed, being, according to many historians, a mere creation of various medieval chroniclers. Regardless of his existence/non-existence, he is described in the Norse sagas as the scourge of both England and France, having conducted many raids on the coastal parts of Britain as well as along the northern coast of present day France.

Gunnar Hámundarson was a legendary 10th century Icelandic hero. He was described in Njáls saga as a prominent athletic warrior who was nearly invincible in combat. He was also a very skilled archer.

8 Responses to 15 Renowned Vikings You Should Know