The History Of The Medieval Seat Fortress Of Suceava, Bukovina, Romania

Suceava (Old High German: Sedschopff; Standard German: Suczawa/Sutschawa/Sotschen) was the third capital of the medieval Principality of Moldavia between the late 14th to late 16th century (namely between the years 1388 and 1564), after the proximal town of Baia (most likely founded by Transylvanian Saxon potters; also known in German as ‘Moldenmarkt’) lost its trading importance in the region. During the reign of Prince Peter II of Moldavia (Petru II Mușat), who is noted for maintaining good diplomatic relationships with then neighbouring Kingdom of Poland, the medieval citadel of the city was built. 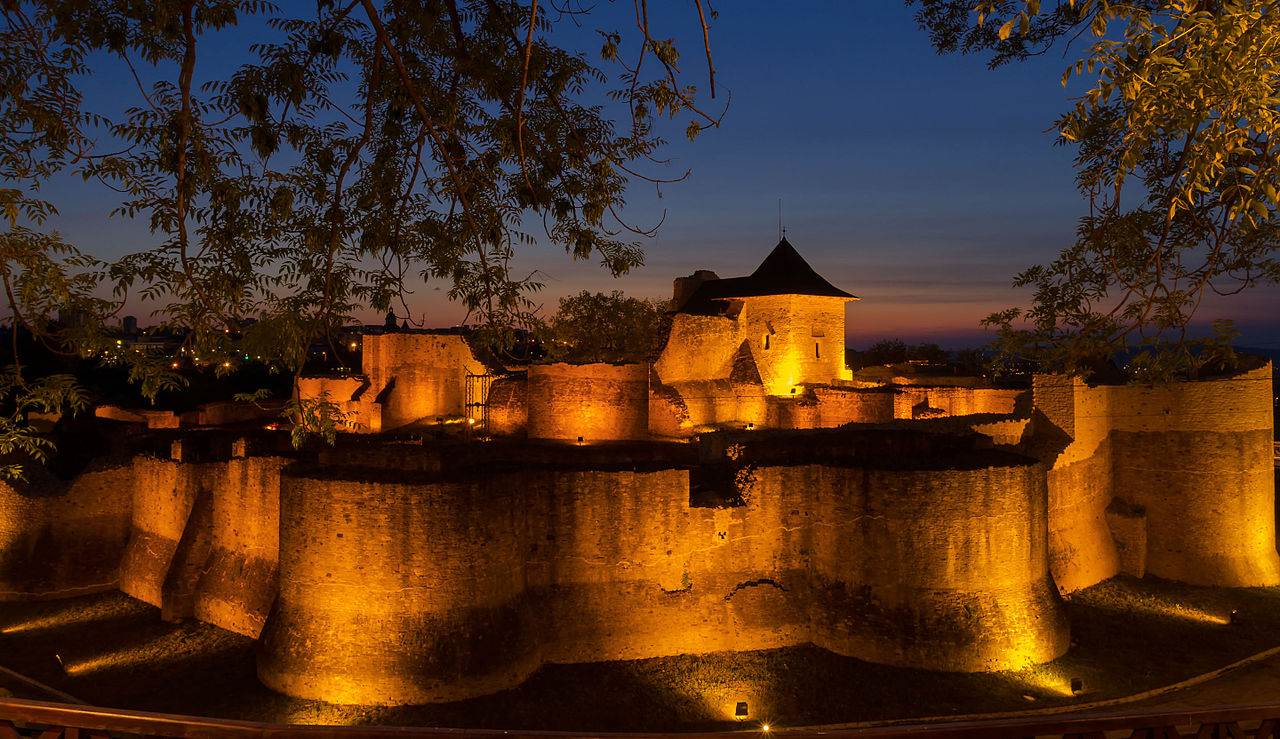 Subsequently, in the times of Alexander I of Moldavia and Stephen III (specifically in the 15th century), the citadel got expanded and further fortified. As part of a defensive system of strongholds built in late medieval Moldavia in order to stand up against the Ottoman expansionist threat, the seat fortress in Suceava managed to hold off incursions from both Ottoman and Polish invaders. One of the most notable failed sieges involving the stronghold was the one that ocurred in 1436, when Mehmed II (previously the conqueror of Constantinople) was defeated.

During its time as the capital of medieval Moldavia, Suceava’s citadel fulfilled the role of royal residence for the native princes. However, during Prince Alexander IV Lăpușneanu’s reign, the Moldavian capital was moved from Suceava to Iași, thus the former losing wealth and status as its fortress was set afire on purpose by the aforementioned prince (in order to be in good graces with the Ottoman Empire of which Moldavia was a vassal autonomous state at the time). In 1675, in the time of Dumitrașcu Cantacuzino, the citadel was nearly obliterated at his orders.

Later on, the northeastern region of the Principality of Moldavia was awarded to the Habsburg monarchy in the wake of the Russo-Turkish wars (late 18th century), and consequently came to be known as ‘Bukovina‘ or ‘Buchenland’ in German (literally meaning ‘the land of beech trees’). Integration within the Austrian Empire brought interest in restoring the imposing local fortification. So it is that under the guidance of Austrian architect Karl Adolf Romstorfer the citadel was partly rebuilt and archaeological research on its former site was carried out during the late 19th century and early 20th century.

Panoramic view of the citadel during a rainy day, with the city in the background. Image source: www.commons.wikimedia.org

During the late 20th century other works aimed at rehabilitating the old fortress had been made. Ultimately though, starting in 2013, a restoration project thoroughly reconsolidated the citadel. Nowadays, the local fortresses represent a major touristic destination in Bukovina, northeastern Romania, along with the UNESCO medieval painted monasteries from Suceava County. The citadel is also home to an annual medieval-themed festival/market as well as to a local rock music festival entitled ‘Bukovina Rock Castle’ (which had such previous international headliners as Dutch guitarist Jan Akkerman of progressive rock band Focus).

Below you can watch an aerial footage of the city of Suceava, focusing also on its medieval fortress: