Millennium A.D. is a total conversion mod pack made for the free and open source real time strategy video game 0 A.D. which introduces two brand new playable civilizations (for the current version), specifically the Anglo-Saxons and the Norsemen. It resets the timeline of the original game from Antiquity to the medieval era. 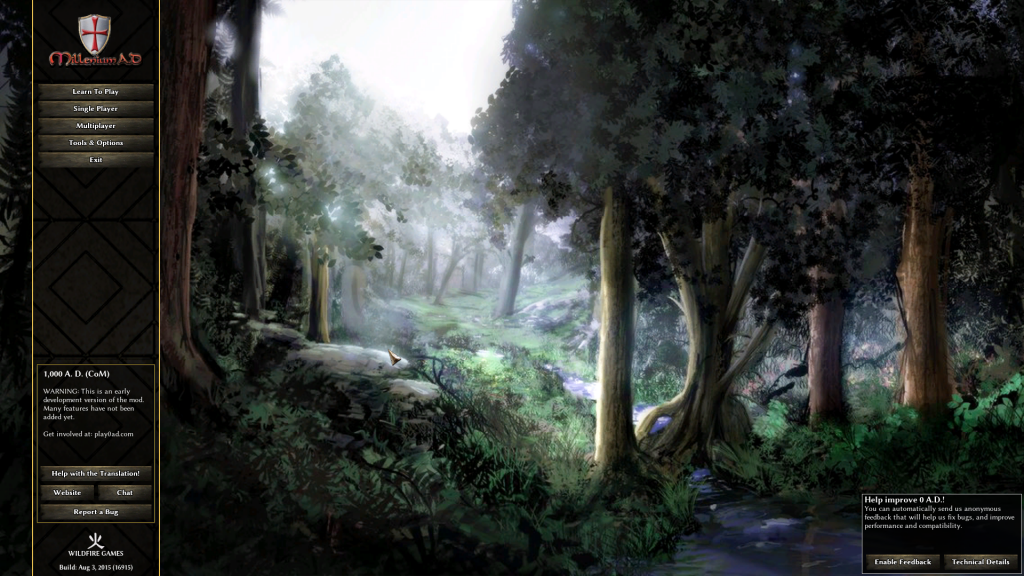 The main menu was also changed and the wallpaper used for it was made by the DeviantArt user Alex van der Linde. The team of developers are currently also looking for some new members to help them out with graphics. Therefore, they’re seeking for graphic artists who can help them in the prospect of modeling new units and buildings (at the moment mostly with a focus on the Carolingian Empire).

Lately, the online repository of the mod on GitHub has been constantly updated with more and more medieval content describing, among others, that the foundation of the Holy Roman Empire will also be taken into account when releasing new versions.