The Historical Truth Behind Björn Ironside

Björn Ironside is one of the main characters in the Irish-Canadian TV series ‘Vikings’ on History Channel. In the show, he is depicted as the son of Ragnar Lothbrok and shieldmaiden Lagertha. From the historical point of view, Björn, along with most of the characters in the serial, have been inaccurately portrayed. This, evidently enough, stems from the artistic license of the producers and writers of the show in order to make it more attractive to larger audiences.

In reality, Björn Ironside was indeed the son of Ragnar Lothbrok, but not with shieldmaiden Lagertha. He was the son of Ragnar Lothbrok and of Aslaug, as opposed to his depiction in the show. He was later on the King of Sweden at some point during the 9th century (most likely during the early part of the 9th century), after he had inherited the Kingdom of Sweden from his father. He is believed to be the first ruler of the Munsö dynasty, a royal line of semi-legendary Swedish kings. He is referred to as Bjǫrn Járnsíða in the Icelandic sagas, while in Swedish he is known as Björn Järnsida. 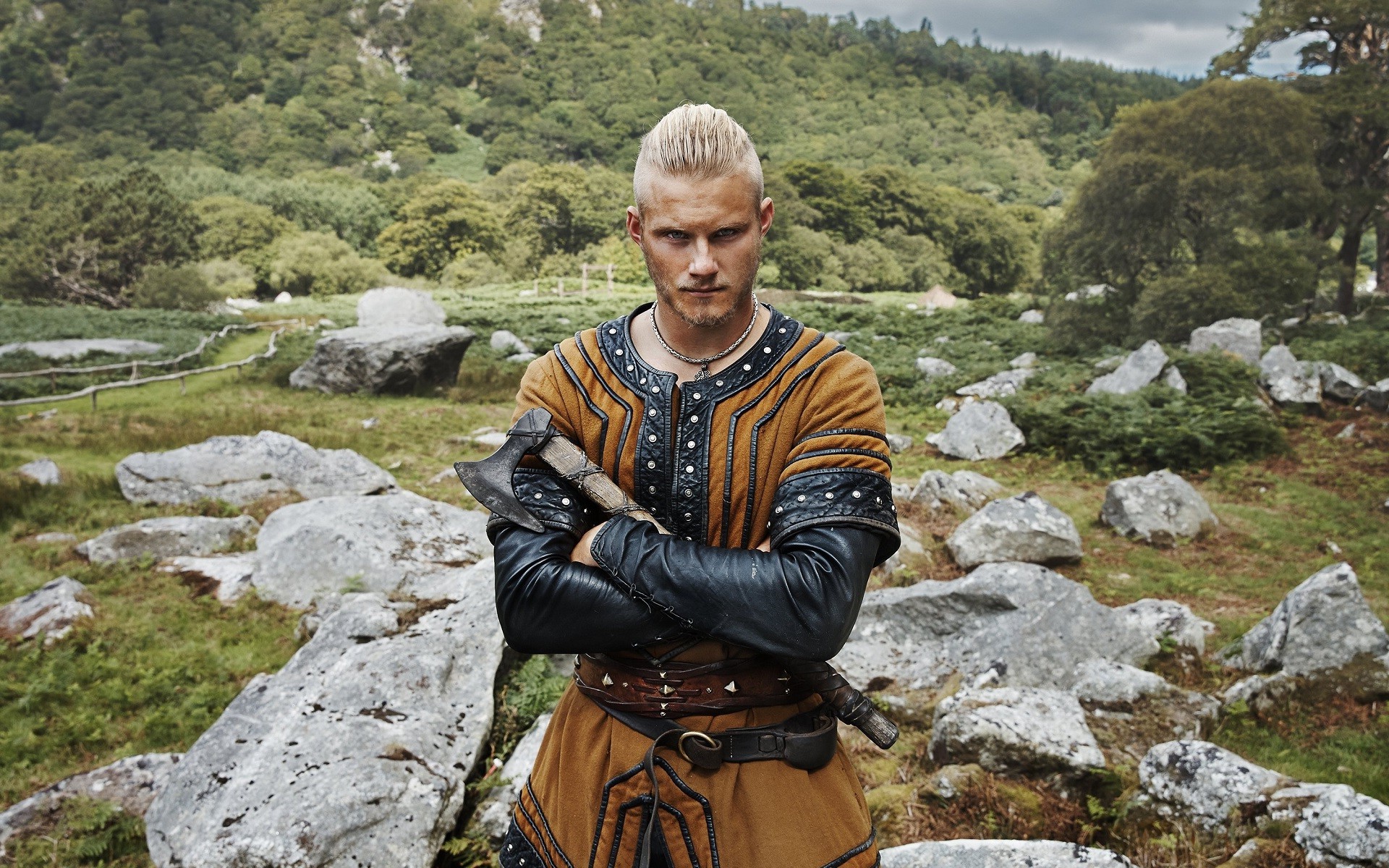 He is renowned during the Viking Age for his raids in modern France and England, as well as along the Mediterranean coastline. He, alongside his brother, Hastein, led successful raids in the south of France after pillaging various settlements in Spain.

He had also looted several cities from Italy on through his journey, cities such as Pisa or Luna (the latter of which he thought to be Rome when he had reached its walls). Björn Ironside also fought a Saracen fleet in Gibraltar, in his way to one of his raids from southern France. In the process, he lost 40 of his best ships but he had successfully fled to Sweden where he had lived the rest of his life as a rich man.

His life and deeds are documented in several early medieval chronicles such as the ‘Hervarar saga’ (also known as ‘The Saga of King Heidrek the Wise’), the ‘Ragnarssona þáttr saga’ (‘The Tales of the sons of Ragnar’) as well as the ‘Annales Bertiani’ or the ‘Annals of Fontenelle’, where he is mentioned as ‘Berno’, a Viking chieftain raiding modern France on the course of the river Seine throughout the 850s.

16 Responses to The Historical Truth Behind Björn Ironside