The Historical Truth Behind Floki In The ‘Vikings’ TV Series

Floki is one of the main characters in the Irish-Canadian production ‘Vikings’ on History Channel. Although he might be simply made up by the writers and producers of the show, he can be at the same time loosely based on a certain Flóki Vilgerðarson, who is known to have been the first Norseman to have set sail on purpose to Iceland with a crew of Vikings from Norway.

Flóki Vilgerðarson was a Norwegian Viking who, upon hearing good news about a land located far to the west, decided to travel to modern-day Iceland along with his family. His journey is documented in the ‘Landnámabók’ manuscript, an Icelandic saga which describes the settlements of the Norsemen in Iceland during the 9th and 10th centuries. 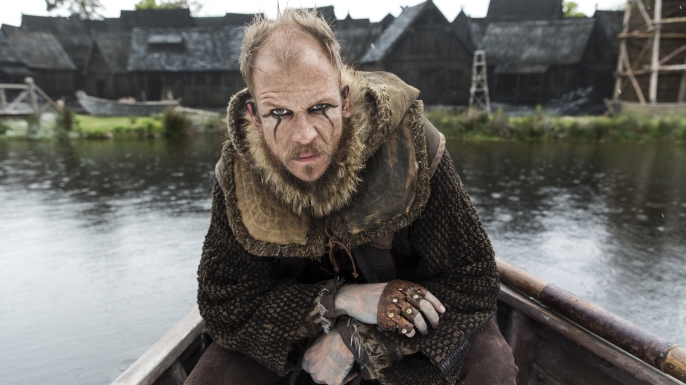 According to the same sag, aside from his family members, he is known to have been accompanied by a certain farmer by the name Thorolf and two men called Herjolf and Faxe. On through his journey, Flóki lost two of his daughters as he approached Iceland. He lost the first daughter when he landed in the Shetlands and the second one in the Faroe Islands, both drowning in the nearby waters. From the Faroe Islands onwards, he decided to take three ravens to aid him in finding his way to the western land he had heard good rumors about. This attributed him the nickname ‘Hrafna-Flóki’ (‘Raven-Floki’) in Old Norse.

After setting sail from the Faroese archipelago, he set one of the ravens free, only to see it return to the Faroe Islands. Then, he set the second raven free, but this one flew a little bit high and returned on boat after a very short time. At long last, when he sent the third raven loose, the last one flew northwest, never to return to him again. He then knew the fact that this must be the direction to the western land he had heard good rumors about and that he and his crew were very close to it, so he followed the third raven.

After sailing west past Reykjanes (a headland located on the southwestern tip of the Reykjanesskagi peninsula), Floki’s crew spotted a large bay. One of Floki’s companions, Faxe, said that it was a great land that they discovered. Ever since, the bay has been called Faxaflói (‘The bay of Faxi’ in translation).

After Floki’s crew landed on shore, they subsequently set up a winter camp near Vatnsfjörður at Barðaströnd. Floki then explored the island and eventually stumbled upon the Ísafjörður fjord. The fjord was all covered in dirt ice at the time. Hence, once there, he gave the name Ísland (literally ‘Iceland’) to the entire newly discovered land.