Below you can read a top consisting of five most significant Viking Age explorers along with their lifetime achievements. This top is strictly based on the following Norsemen’s milestones with respect to exploration during their expeditions.

Naddodd was a Faroese Viking who discovered Iceland accidentally, after his ship was blown off of its initial course in the North Atlantic Ocean. He actually intended to set sail to the Faroe Islands, but after a journey on a stormy sea, his ship and crew were unexpectedly forced to set ashore on an unexplored new land.

After he had explored several parts of Iceland, Naddodd gave it the name ‘Snaeland’ (that can be literally translated as ‘Snowland’). When he sailed back to Norway, Naddodd spread the news about a land located far to the north.

After hearing the rumours spread by Naddodd about an uninhabited land located northward, another Norwegian Viking by the name Flóki Vilgerðarson tried his luck in the purpose of sailing to Iceland. After he had faced numerous obstacles in his journey, he and his men successfully managed to reach Iceland.

However, after a very cold winter, both him and his crew returned to Norway, but not after renaming the newly discovered territory from ‘Snaeland’ to ‘Ísland’. He is also known by the nickname ‘Raven’ given the fact that he used three ravens in order to guide his passage to Iceland. Subsequently, he returned to Iceland and lived there for the rest of his life.

Gunnbjörn Ulfsson was a Norwegian Viking who firstly discovered Greenland after getting lost from his route from Norway to Iceland. When he returned to Norway, Gunnbjörn told others how he spent a winter in the frozen and rocky Greenland.

Erik Thorvaldsson (commonly referred to as ‘Erik the Red’) was a Norwegian Viking who is actually credited for discovering Greenland. He reached the south-eastern coastlines of Greenland after he was exiled from Iceland. Nevertheless, shortly after he had set foot on Greenlandic soil, Erik sailed back to Iceland in order to persuade other Norsemen to set sail with him and settle there.

The name Greenland stems from Erik the Red’s accounts about a fertile land located in the west, referred by him to as ‘Groenland’. Doubtlessly, the story of Erik the Red involving the name of Greenland was nothing more but a mere euphemism, given the fact that much of the Arctic island’s territory wasn’t fertile at all, being either frozen or rocky, and thus uninhabitable.

Leif Eriksson (also recalled by his nickname ‘Leif the Lucky’) was the son of Erik the Red. A skillful explorer just like his father, he travelled to North America upon hearing the news about a land full of forests and lush meadows from an Icelandic merchant who spotted several eastern coastal parts of modern day Canada on through one of his voyages.

So it is that Leif Eriksson overtook Christopher Columbus in discovering the American continent by a margin of roughly 500 years. He gave the name Vinland to the newly discovered territory. Nonetheless, the Norsemen confronted themselves with harsh opposition on behalf of the Native Americans who were already living there, and as such they weren’t able of permanently settling the area where they landed. 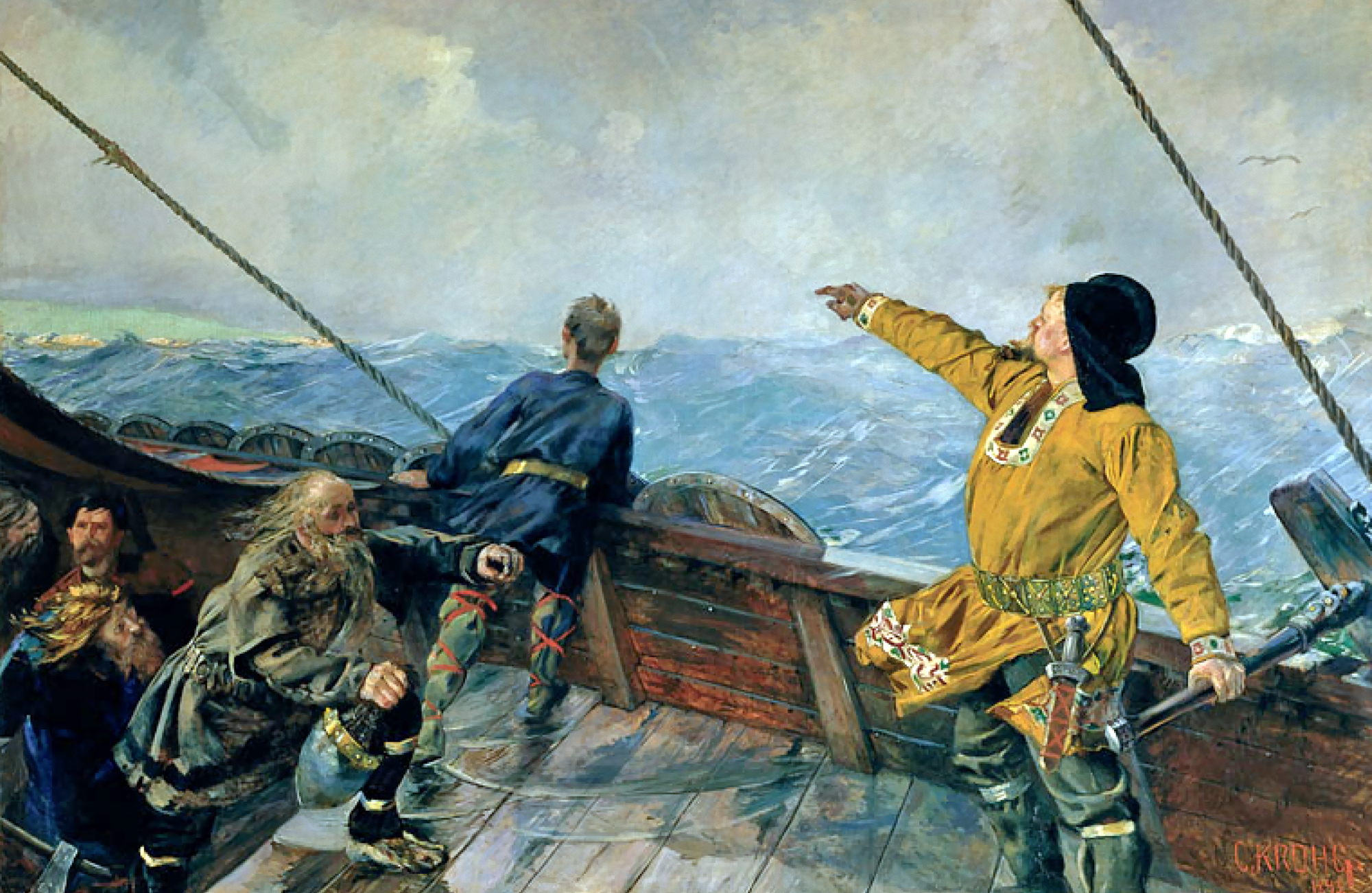