Author’s Profile And His Personal Story

The webmaster of The Dockyards

My name is Victor Rouă and, as of June 2021, I’m the webmaster and single author on The Dockyards. I have been constantly writing articles for The Dockyards since the autumn of 2014, when it was only a WordPress-powered blog with little notoriety. In the spring of the following year, I decided to turn it into a proper domain of its own in the prospect of developing it into a useful digital teaching tool for like-minded people interested in general knowledge and, more specifically, universal history. 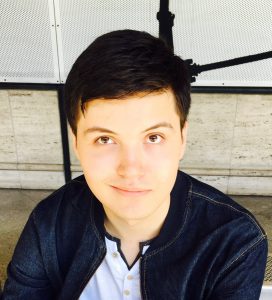 With respect to my personal story, I was born and raised in the middle-sized town of Suceava, in the historical province of Bukovina (Romanian: Bucovina), northeastern Romania. Bukovina (or Buchenland as it is alternatively known in German) is a historical region situated at the crossroads of Central and Eastern Europe which previously belonged to the Habsburgs and the Austrian Empire before uniting with the Kingdom of Romania in 1918, in the wake of World War I.

Since its annexation by the Habsburg/Austrian Empire, Bukovina was initially granted the title of crownland and later on became a duchy. All throughout this period of time, the region received a large influx of German-speaking settlers, a historical community henceforth known as Bukovina Germans (German: Buchenlanddeutsche) which has nowadays sadly dwindled to a very feeble number both in the city of Suceava as well as in the countryside of the Suceava County (as of the cause of both World War II and the Cold War, which also involved several noteworthy population exchanges between the Kingdom of Romania and Nazi Germany).

Heading back to my personal story, I spent the first 7 years of my life in Bukovina before I moved with my parents to Bucharest, the capital of Romania, in order to pursue my early schooling there (which consisted of elementary school, secondary school, high school, and a technical college between the years 2004 and 2017).

In 2017, I was admitted at one of the four most prestigious Danish public institutions of higher education, more specifically Aalborg University (often abbreviated to AAU), on a heavily technical bachelor’s degree programme entitled ‘Medialogy’, which focused on human-computer interaction, programming, virtual reality, video games, computer graphics, and many more.

Consequently, I spent the next 3 years of my life in Aalborg, one of the four largest cities in Denmark, close by the Limfjorden and the North Sea, with the good and the bad (in each and every possible regard; that is, according to my subjective system of principles and values).

Due to a series of noteworthy personal and external reasons, I decided to return to my home country in the summer of 2020, back to my ancestral roots in Bukovina, and start studying on a similar bachelor’s degree programme called ‘Digital Media’ at Ștefan cel Mare University of Suceava (USV).

Throughout this period of time, I also made certain to maintain and improve The Dockyards all by myself, so that it would fit the demands of an ever more knowledge-seeking readership, from content creation and organisation or e-mail campaigns for the subscribers to the dutiful SEO settings for all previously published articles.

Bearing in mind these tasks, I’m very satisfied that The Dockyards proved to be one of my most successful projects thus far, reaching an approximate 2.7 million recorded views for as many as 220 live articles (as of July 2020).

Witnessing this success (and the fact that a lot of hard work eventually paid off), I intend to turn The Dockyards into one of the leading independent projects on universal history on the world wide web during the upcoming years by planning to write a great wide variety of new articles concerning the rise and fall of lost civilisations and continents (e.g. Atlantis, Lemuria, Mu, or the Native Americans) to the expansion of one of Europe’s greatest ancient tribes, the Celts.

In terms of educational training, I also hold a DELF B2 certificate of proficiency in French as well as an IELTS certificate in English graded C1 overall. As of July 2020 I’m preparing for a Cambridge test in English and a Goethe Zertifikat in German. In the near future, I am also willing to pursue several linguistic tests in Italian (i.e. the CELI), Spanish (i.e. the DELE), and Portuguese (i.e. the CAPLE), so that I can become the best possible version of myself as a polyglot. At the same time, I’m still doing my utmost to learn as much Irish, Welsh, and Scottish as possible, since I am a tremendous fan of the Gaelic languages as well! 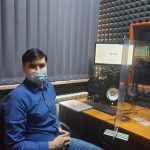 Working as a radio man at Radio USV in Suceava, Romania (November 2020)

In terms of professional experience, I have been blogging since I was a little kid, namely from 2008 onwards, firstly on Yahoo 360° (at that time aged only 11), then switching to Blogger one year later in 2009, before ultimately landing on WordPress roughly two years later in 2010.

Since then, I have been writing for other projects of mine, including two personal websites (one of which acted more like a personal blog and the other one which solely focused on rock music, between 2011 and 2012).

Between 2016 and 2020, I was a frequent author on the Steemit blockchain before migrating to its fork, HIVE, in July 2020. Moreover, I’m also a self-published author on Amazon since 2016, having published two volumes there so far.

One of the volumes was conceived in an effort to dismiss and debunk the many myths and misconceptions regarding the Viking Age, with substantial material that I previously published from The Dockyards.

At Radio USV in Suceava, Romania (December 2020), while still practising the D chord on a Harley Benton electric six string.

That being said, if you would like to collaborate with me or send me any work-related inquiries, you are welcome to do so via my LinkedIn profile. Thank you very much for your time and dedicated readership!

Additionally, since November 2020, I have also started working as a radio man (host, DJ, and live presenter) at the local student radio station from Ștefan cel Mare University of Suceava (USV). I have a Friday 1 hour show on the history of rock music, from 1960s onwards. During late 2020, I focused, most notably, on Led Zeppelin, Van Halen, Simon & Garfunkel, or Sting & The Police.

In addition, since April 2021, I also have a 12 to 15 minute short TV show entitled ‘Musical Book Lovers’ at Digital Media Center (DMC) which belongs to the Students’ House of Ștefan cel Mare University of Suceava (USV).

For ‘Musical Book Lovers’, I have focused so far on the biographies of several famous rock musicians and bands as well as on other musical-related novels having a link with the rock genre. Therefore, up to this point, I presented two poetry volumes by Jim Morrison and Bob Dylan as well as, most notably among others, the biographies of Pink Floyd, AC/DC, or Jimi Hendrix. The first season of ‘Musical Book Lovers’ aired during the spring of 2021. I hereby invite you to stay tuned for more! Thank you very much for your readership, attention, and support! 🙂