20 Interesting Facts You Should Know About Norway

Here’s a list of 20 interesting facts you should know about Norway, one of the three Scandinavian countries in Northern Europe:

20. Norway is a Scandinavian country located in Northern Europe. It has a total area of 385,178 square kilometres, making it the 61st largest state in the world. Outside of Scandinavia proper, Norway also has overseas territorial possessions (similar to the British crown dependencies, thus not officially part of the Kingdom of Norway) such as the Svalbard Islands (in the Arctic Ocean), Jan Mayen (a volcanic island in the Arctic Ocean) as well as Bouvet and Peter I (both being uninhabited islands that are located close to Antarctica).

Map of the Kingdom of Norway. Image source: Wikimedia Commons

Furthermore, the country also claims a strip of land in Antarctica known as the Queen Maud territory. Previously, both the Faroe Islands, Greenland and Iceland were constituent parts of the Kingdom of Norway until the beginning of the 19th century when they were ceded to Denmark through the Treaty of Kiel (after the end of the Napoleonic Wars) in 1814.

19. The city of Tromsø is the largest populated human settlement in northern Norway and the third largest one north of the Arctic circle, being surpassed only by Murmansk (located in the Kola peninsula) and Norilsk (located in northern Siberia), both in Russia.

According to the 2012 Norwegian census, there are 72,066 permanent residents living in the city. There are more than 100 different ethnicities that live there together, making it a very diverse cultural melting pot. The surrounding area is known from Ancient times to have been inhabited by the Sámis. Tromsø is also reputed for the local football club Tromsø IL.

18. Oslo, the capital of Norway, is the fastest growing major city in Europe according to demographic data. It is also a popular destination for modern immigrants. As a matter of fact, roughly 25% of the city’s population is composed of immigrants to this date.

16. In Norway, each prisoner has a personal computer. Moreover, prisoners are also granted Internet access in their cells.

15. In Norway there are several Viking reenactment festivals that are held each year. One of the events of this kind is the Lofotr Viking Festival.

14. A village called ‘Hell’ is located in the central part of the country. Very much unlike the meaning in English, ‘hell’ in Norwegian means ‘luck’ or ‘success’ (depending on the context in which it is used).

13. During the early Middle Ages, the Norwegian Vikings were famous explorers. Along with their well prepared longships and thanks to their genuine seafaring talent, they managed to discover and subsequently settle the Faroe Islands, Iceland, Greenland, and even Newfoundland in Canada. They set foot on American soil long before Columbus and also founded significant settlements in Ireland during the Viking Age that will grow to be present-day day Dublin, Cork, or Limerick.

12. In 2017, Norway will be the first country in the world to shut down FM radio and go digital instead. Norway plans to switch to DAB (which stands for ‘Digital Audio Broadcasting’), since FM is eight times more expensive.

11. Salmon sushi was introduced to Japan during the 1980s by Norway.

10. The Viking Ship Museum in Oslo preserves a near-intact Viking Age longboat. The Viking longboat was excavated from the largest known Norse burial mound, on the site of the Oseberg farm, in the proximity of the Tønsberg municipality pertaining to the Vestfold county, south-eastern Norway. 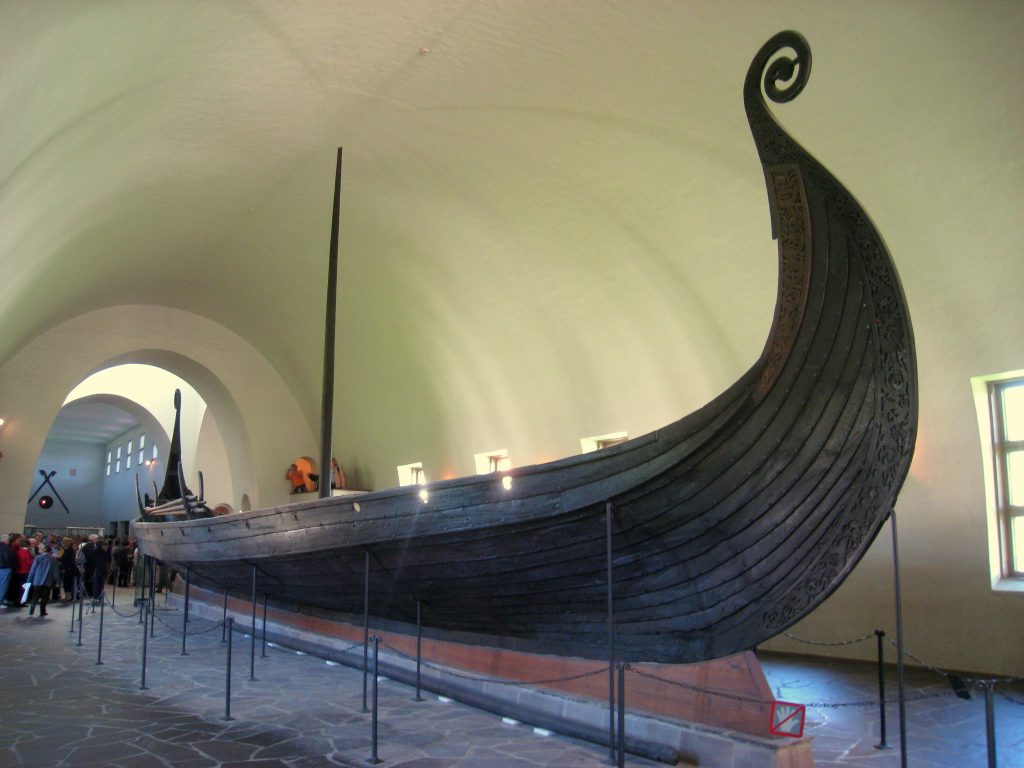 9. Norway is a unitary constitutional monarchy, with the power equally divided between the Norwegian Parliament, the King and last but not least, the Supreme Court (according to the 1814 Norwegian constitution).

8. As of 2014, the population of Norway is 5.1 million. Ethnically, Norwegians account for as much as 86% of the total population, whereas the remainder is composed by minority groups (such as the Sami in Lapland which make up to 1.3%) or modern immigrants.

7. Thanks to its geographic location, Norway has access to several main bodies of water from Northern European, namely the Barents Sea, the Norwegian Sea, the North Sea and the Arctic Ocean.

6. The only near intact Viking Age helmet was discovered in Norway. The discovery took place during World War II, specifically in 1943, when it was excavated on the site of a farm called Gjermundbu, in the proximity of the village of Haugsbygd pertaining to the Ringerike municipality in Buskerud county (south-eastern Norway).

5. Norway’s flag is a Dannebrog-based one (similar to that of Denmark, Sweden, Iceland, Faroe Islands, Åland Islands, Orkneys or Shetlands). It was designed by Fredrik Meltzer and was officially adopted in 1821. From the point of view of its design, the flag is red with an indigo blue cross outlined in white that extends to the edges of the flag. Its colours evoke the country’s history, namely its unions with both Denmark (symbolised by the red and white colours) and Sweden (symbolized by the blue colour).

4. The country’s official language is Norwegian, a North Germanic language derived from Old Norse that is spoken by roughly 5 million people worldwide. The Norwegian language has two official written forms: Norwegian Bokmål (that could be literarily translated as ‘book tongue’) which is the standardised version preferred by the majority of the Norwegians, and Norwegian Nynorsk (or ‘Neo-Norwegian’ in translation), that is preferred by a small percent of the Norwegians.

There are two additional unofficial written forms of Norwegian, specifically Høgnorsk (‘High Norwegian’, similar to the usage of High German) and Riksmål (‘National language’, a conservative standard of the Norwegian language in regards of spelling and orthography).

2. Economically, Norway is the second nation in the world regarding monetary value. Additionally, the country is the fifth-largest exporter of oil and the third-largest exporter of gas worldwide. In spite of the predominant mountainous landscape, agriculture had gradually developed into a very significant economic sector.

1. Norway is a reputed touristic attraction for its marvellous landscapes. Among the well known natural wonders of Norway is the fjord (a narrow long inlet formed after glacial erosion). It is estimated that Norway is home to approximately 1,190 fjords, both in Scandinavia proper and in the Svalbard archipelago.

2 Responses to 20 Interesting Facts You Should Know About Norway