Age Of Empires I: The Rise Of Rome Expansion Pack Review

Age of Empires I: The Rise of Rome is the official expansion pack of Age of Empires I, the first game of the eponymous real time strategy-based video game franchise developed by Ensemble Studios for Microsoft. It was released on October 31, 1998, one year later after the initial release of Age of Empires I. Just like its predecessor, it uses the 2D Genie engine. 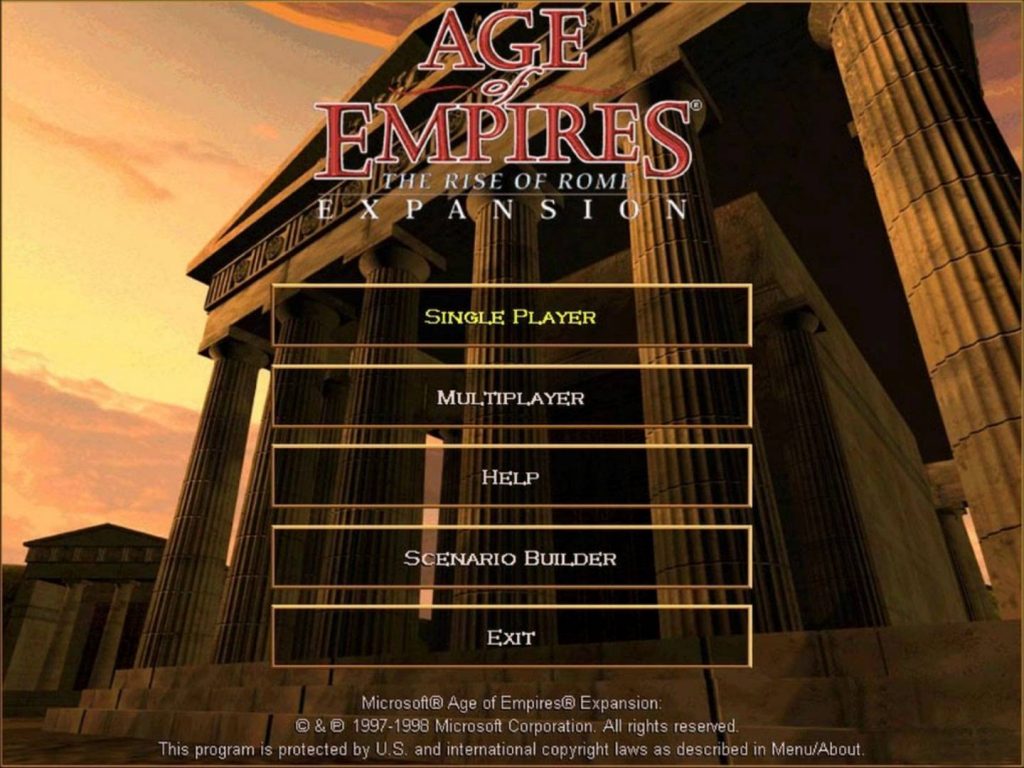 Age of Empires I: The Rise of Rome loading menu. Image source: www.youtube.com

To complete the additions, the game developers designed four new researchable technologies, five new units, four new random maps available at the single-player game mode, enlarged map sizes, and an improved pathfinding for all units. A new soundtrack was composed for the expansion, replacing entirely the one previously existent in the first instalment of the series.

Age of Empires I: The Rise of Rome comes with wisely-made additions in terms of gameplay as well. Unit queuing, the option of raising population limit beyond 50 (which was the previous maximum) in multiplayer games, balance damage of the catapults on buildings and other units, as well as plenty other interface tweaks fixed the main gameplay issues of the initial game.

The expansion was fairly well received by critics, scoring almost 80% on GameRankings. Below you can watch a 6 minute video review on the expansion pack: