News About Age Of Chivalry: Hegemony For Age Of Empires II

As of 21 January 2014, Age of Chivalry: Hegemony, one of the most critically acclaimed total modifications for the real-time strategy game Age of Empires II, was updated to version 1.97 Beta. Being a Beta update, further suggestions on behalf of the players are absolutely welcome in order to additionally improve the mod pack.

For those who aren’t familiarised already with the subject, Age of Chivalry: Hegemony is the first total modification pack for the Age of Kings to have changed from scratch virtually speaking each and every civilisation already present in the game, which makes it a unique and well received project set in Western and Central Europe during the period 1100–1500 AD. 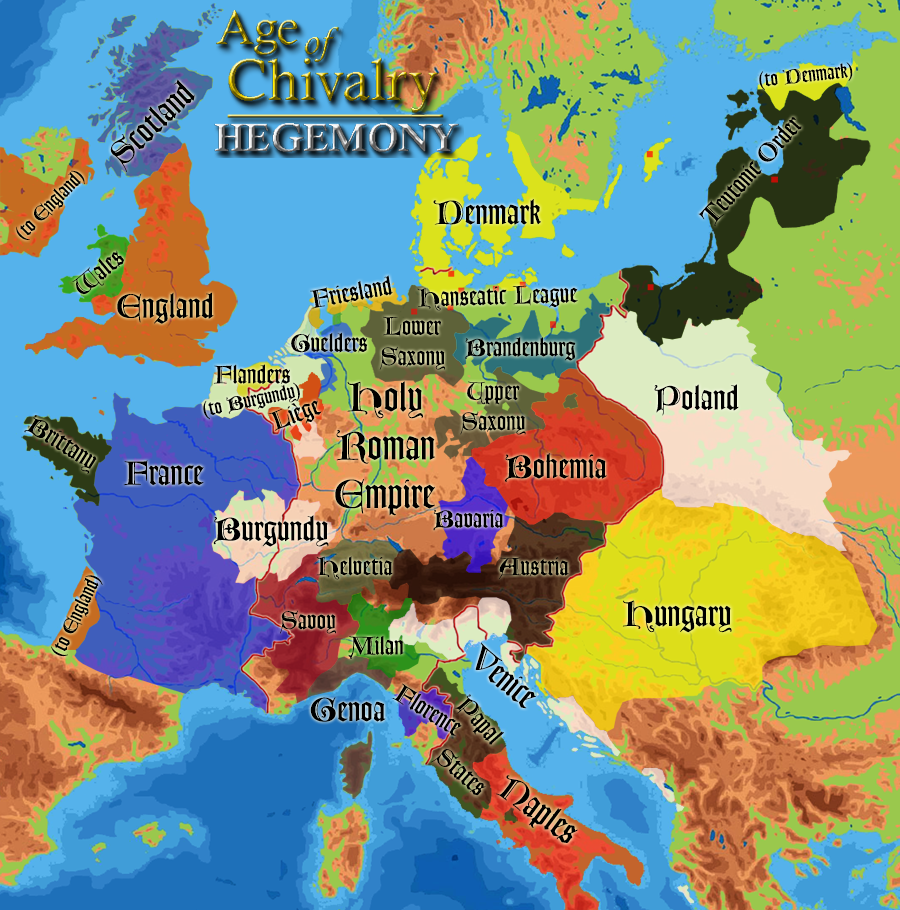 Complete new topographical map of Age of Chivalry: Hegemony with the upcoming playable civilisations. Image source: the WordPress blog of the mod

You can download the 1.97 Beta version right here. You can also visit their official WordPress blog at the following address: http://ageofchivalrymod.wordpress.com/.

• Command one of three types of civilisation: the early-game Communal civilisations, the mid-game, militia/spear-centred Urban societies or the heavy infantry/cavalry Noble principalities
• Prepare to fight! Changed game mechanics ensure a much earlier start to the combat, with archery units available in the first age and castles and battering rams in the second
•Complement your armies with mercenaries like the Genoese Crossbowman, the Privateer, Swiss Pikemen, and many more
• As well as completely changing all original countries, five new ones have been added!
• Take up the fight as Austria, Bavaria, Bohemia, Brandenburg, Brittany, Burgundy, Denmark, England, Flanders, Florence, France, Friesland, Genoa, Guelders, Helvetia, Liège, Milan Poland, Savoy, Saxony, Scotland, Venice, or Wales, each completely different
• Advance your civilisation on one of two paths by making essential policy decisions, affecting the future of your people
• New buildings, technologies, and units, from the ordinances of the Princely Court to the might of each faction’s hero
• Research new, civ-specific, technologies, such as English Longbowmen or Welsh Border Forts
• Historical 8-scenario campaign takes you through some of the major events of the period (the battle of Bouvines, the Barons’ War, the conquest of West Friesland, the battle of Kortrijk, the start of the Hundred Years War, the siege of Maastricht, the battle of Vitkov Hill and the siege of Neuss)