If you ever wandered what was the menu in the Viking Age and what it comprised, then you came to the right place! This article is part of a series on the Viking cuisine and will focus on teaching you how to bake an authentic Viking Age bread. Before the recipe is given however, perhaps you’d be more interested in some aspects of the Norse culinary style in general.

First off, it should be mentioned that, contrary to a popular belief, the menu of the Norsemen did not solely consist of fish or pork, but also included a wide range of vegetables, spices and other raw materials. In fact, the Norse cuisine is all about getting down to basics, as during the early Middle Ages the Vikings used many raw materials for cooking, and most of the recipes that date back to those times were made according to the needs for each season. 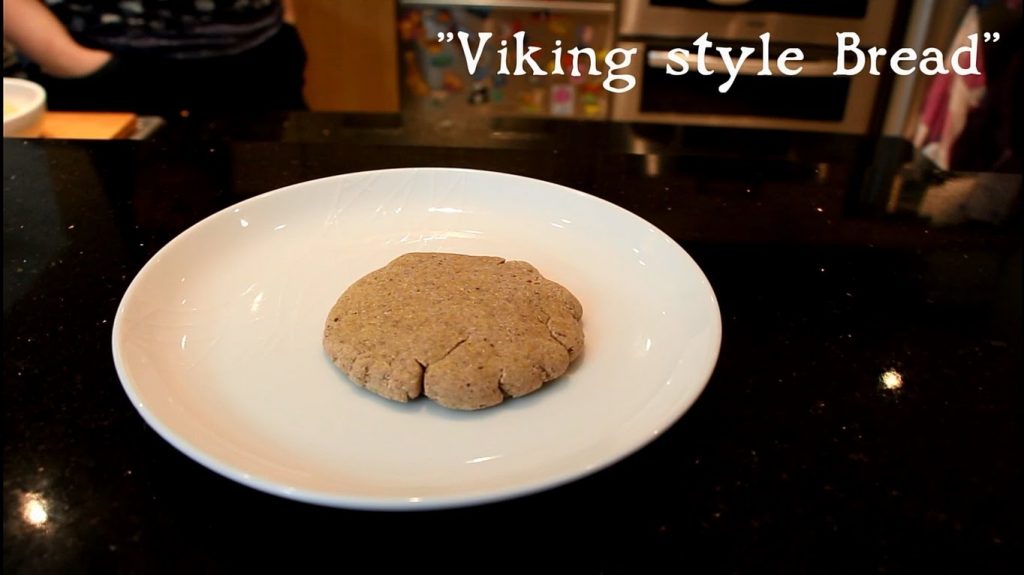 While a wide range of treats consisting of fish and pork were cooked during the Viking Age, the Norsemen also liked risotto and cabbage salad. Cereals and fruits were also part of many recipes. Needless to mention that mead came in just handy for most of the meat dishes.

Going back to the bread though, the ingredients for the recipe are as follows:

Source for the ingredients above: an analysis on the Viking Age bread found in Birka, Sweden

Below you can also watch a short video on youtube on how to bake a Viking-styled bread from Archaeosoup Productions: