The Complex Norse Mythology: The Gods Of The Norsemen

Before Christianity was officially introduced to Scandinavia in the 12th century, its inhabitants had their own ancient polytheistic religion which orbited around a series of complex mythical figures such as Odin, Thor, Loki, Freya, Sif, Ullr, Skaði, and many others. The Norse mythology comprises the totality of myths passed on from generation to generation since Ancient times. 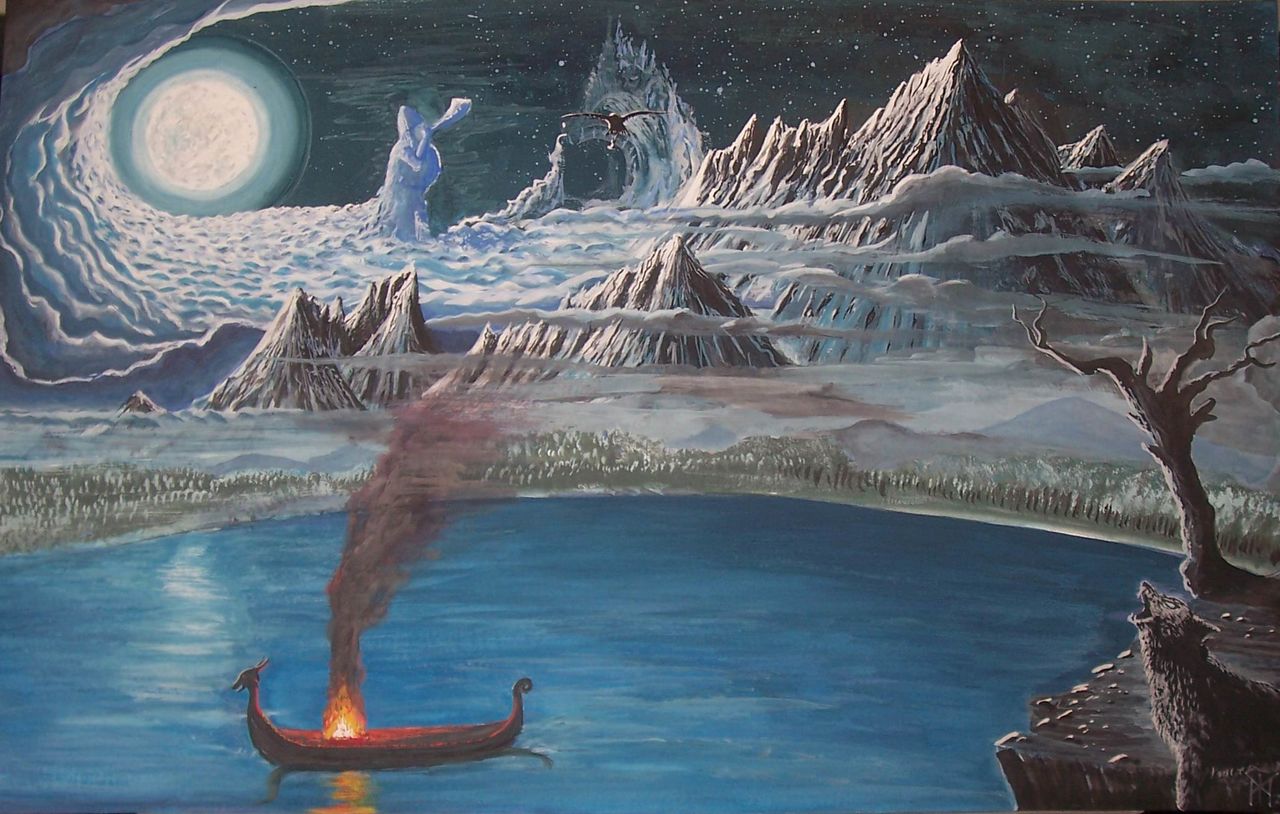 Artistic depiction of Midgard (the realm of mankind or the Middle Earth in the Norse mythology). Note the customary Viking Age boat funeral ritual in the left corner of the illustration. Image source: www.mythology.wikia.com

The Norse pantheon had two major branches of deities, namely the Æsir and the Vanir. The first category consisted of the principal gods, while the latter initially represented a secondary group of deities. After the legendary conflict between these two groups of divinities, the Vanir became a sub-branch of the Æsir.

A peculiarity of this fabled feud is that while in the Ancient Greek mythology the Olympians and the Titans were sets of younger respectively older generations of celestial beings, the Æsir and the Vanir were described as contemporaries.

Information regarding this rivalry appears as divided between old medieval manuscripts and poetry known as ‘eddas’, as well as briefly in the ‘Heimskringla’, the book written by the Icelandic historian Snorri Sturluson in the 13th century.

Snorri Sturluson accounts in the first part of the ‘Prose Edda’ entitled ‘Gylfaginning’ (meaning ‘The Empowerment of Gylfi’) the journey of the King Gylfi, who ruled over the lands of contemporary Sweden, to Asgard, where he is told the story of the creation of the world, in the wake of the Ginnungagap (i.e. the void which predated it).

The main Æsir gods are Odin, Frigg (the goddess of wisdom who is the wife of Odin), Thor (the god of lightning, strength, and protector of humanity, son of Odin), Baldr (god of purity, peace, and justice), Týr (the one-handed god of glory), and Ullr (god of skiing).

With regard to the Vanir, the most prominent among them are the following ones: Njörðr (the god of the sea and water), Freyr (the god of prosperity, son of Njörðr), Freyja (goddess of love, fertility, and beauty, daughter of Njörðr), and Skaði (the goddess of skiing).

It is interesting and equally important to note the part played by a special divinity who, although ascribed as a pivotal member of the Æsir clan, is quite ambivalent concerning his relationships to all gods, specifically Loki. He is known for being the trickster god, sometimes aiding other fellow divinities, sometimes tricking them. The etymology behind his name is quite problematic and remains rather obscure to date.

In respect to the Norse cosmology, it must be mentioned that it revolves around nine distinct realms (or dimensions) that are connected by the venerable Yggdrasill tree. The fabulous worlds of the Norse mythology can be identified in alphabetical order in the following manner:

The Midgard realm is encircled by the humongous Jörmungandr, who is said to ultimately face Thor during the prophetic battle of Ragnarök. Thor will successfully manage to defeat him, yet he will be shortly afterwards decimated by the serpent’s venomous poison. Additionally, at the base of Yggdrassill the dragon Níðhöggr is said to dwell and to gnaw from its trunk.

Fabled beings and creatures in the Nordic mythology include the dwarves, the frost giants, the trolls, the elves, the land spirits, the valkyries, the norns, or the disir. For a complete list see this link. For a detailed list of 10 mythical beings from the Scandinavian folklore please see this article.

6 Responses to The Complex Norse Mythology: The Gods Of The Norsemen