New Viking Village In Norway To Become Reality As 2017 Progresses

The picturesque UNESCO Norwegian Nærøyfjord area in the municipality of Aurland in Sogn og Fjordane county, Western Norway will see Njardarheimr Viking Village steadily becoming a reality as 2017 progresses. A popular touristic destination for ship cruises in Scandinavia, the village of Gudvangen from the same fjord will be soon home to a small reconstructed rural settlement from the Viking period.

The brand new Viking Age-themed village saw its first construction phase completed in August, 2016 and will reportedly be open for business in May, 2017. The name of the village was chosen to be Njardarheimr in reference to the Norse god Njörðr (or Njord; the divinity of sea in the Norse mythology).

The entire Norse village will cover a total area of 1,100 square feet when its construction will be finished, encompassing as such twenty wooden buildings of both small and large sizes. These edifices will be carved according to several Norse artistic styles such as Borre, Urnes, Jelling, or Oseberg.

As early as 1995, the contemporary Norse chieftain Georg Olafr Reydarsson Hansen moved to Gudvangen with the idea of constructing a Viking Age village. Ever since, he has been in charge of the Viking market in Gudvangen and self-proclaimed itself as the locality’s Norse chieftain. 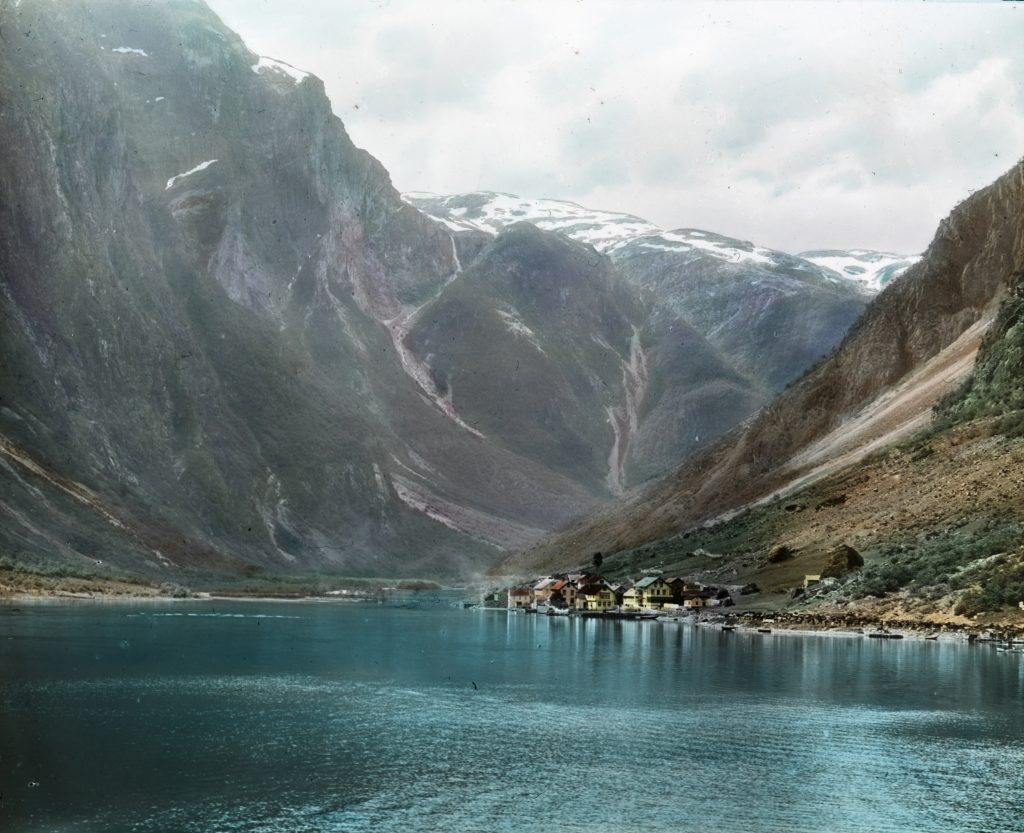 The village of Gudvangen by the the Nærøyfjord in c. 1915. Image source: Wikimedia Commons

In 2014, roughly 20 years after, his project, Gudvangen Utvikling, received permission from the local municipality to build the village. Hansen has expressed interest in Norse history from an early age, when he was introduced to the writings of Snorri Sturluson (i.e. the high medieval Icelandic author of Heimskringla – the sagas of the Norse kings) by his father who was a historian.

The chieftain of Gudvangen Viking Village standing next to the door of a Viking Age household. Image source: www.unsplash.com

If everything will unfold according to the plan, the village (which will at long last become a reality thanks to the work of more than 200 volunteer workers) will comprise authentic reconstructions of Viking era architecture, namely longhouses, guildhalls, small houses, and a harbour with longships.

For more information on the design of the buildings and contact details please see the GUAS Newsletter from July, 2016 here.