The History Of Greenland: From Prehistory To The Viking Age And Beyond

Earliest human activity in Greenland is thought to have commenced from 2,500 BC when it was first settled by various migratory tribes, in stark contrast to the Viking Age which most historians agreed to have commenced in the late 8th century.

Nonetheless, given the fact that life conditions on this large island have always been under the threat of the extremely cold Arctic climate (with roughly 80% of the island’s total area completely ice capped) the vast majority of the first human settlers gradually perished, while the remaining survivors withdrew to live on in the proximity of the coastlines. Not long after the extinction of the first wave of settlers, other migratory groups from North America arrived on Greenlandic soil.

Greenland was not known to Europeans until circa early 10th century, when it was first spotted by a crew of Icelandic Viking explorers. The Greenlandic Vikings settled parts of southern and western Greenland, establishing two major colonial areas in the process known as the Eastern Settlement and Western Settlement respectively. 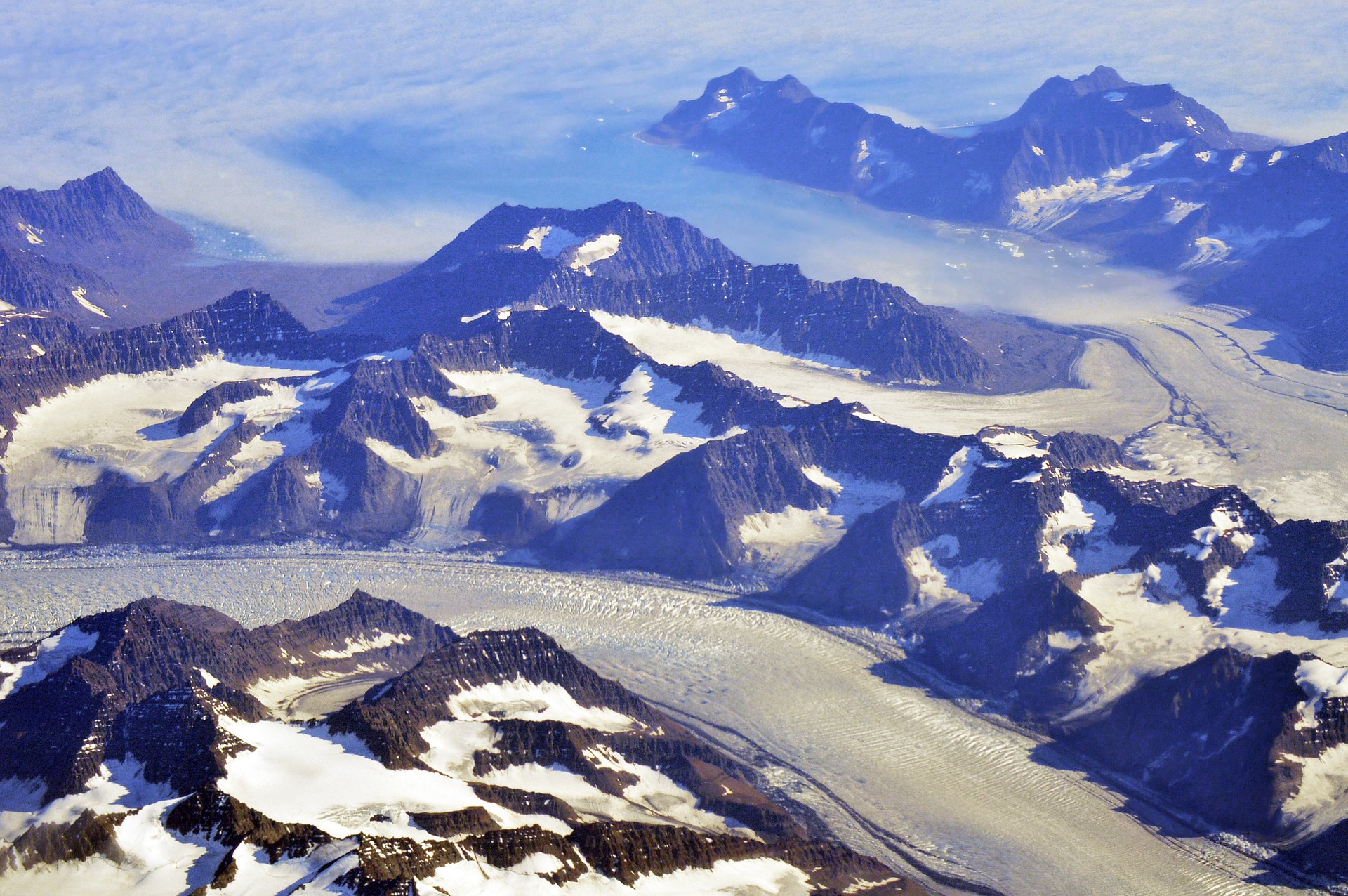 Aerial view of some of Greenland’s mountains. Approximately 80% of the island’s area is totally ice capped. Image source: Pixabay

The ancestors of the Inuit Greenlanders, the indigenous population of the island, who have been inhabiting the island to contemporary times, seemed to have migrated there later, since 1,200 AD namely. They have apparently originated in northwestern Greenland and migrated southward due to better climate conditions.

The Inuits successfully survived the harsh climate conditions of the Little Ice Age whereas the early Norse settlements which were scattered along the southwestern coast disappeared, leaving the Inuit Greenlanders as the sole inhabitants of the island for certain centuries to come. It’s quite debatable why the Viking Age colonies in Greenland disappeared given the fact that the matter is subject to a scholarly controversy.

All this time however, the Kingdom of Denmark-Norway, in the belief that the Norse settlements actually survived and thrived in the meantime, continued to claim land in Greenland in spite of the fact that there was no such thing as a contact between the Norse Greenlanders and the outer world.

At the round of the 18th century, when the Kingdom of Denmark pursued a strengthened colonial policy, a series of expeditions were sent to Greenland aiming at reviving Christianity among the descendants of the presumed Norse colonists who might have defected to Paganism.

When the missionary Christian priests landed on Greenlandic soil they had discovered the fact that there were no descendants of the former Norse Greenlanders. Instead, they started to baptise the Inuit Greenlanders. Subsequently, Danish, and Norwegian authorities developed trading colonies throughout the eastern and western coasts of the island, also imposing a trade monopoly and other colonial privileges on the recently claimed area.

Nowadays, Greenland is an autonomous territory within the Danish Realm. Image source: Pixabay