Below is a top of 10 most popular misconceptions about Scandinavia:

A common misconception about Scandinavia is that the weather is very cold and that it rains way too much. In reality, not everywhere in Scandinavia the weather is unbearably cold. It depends very much on the geographic location (i.e. county and city in the case of Norway and Sweden), whereas Denmark has a mainly temperate climate.

As a matter of fact, all three Scandinavian states have a temperate climate, that is except for the regions of Norway and Sweden located beyond the Arctic circle, since it goes without saying that the temperature there drops considerably below 0 degrees Celsius.

Even though it is true that many Danes, Norwegians and Swedes are quite tall and have light hair and light eyes, this doesn’t necessarily mean that each and every person in Scandinavia has these specific genetic features. What is true though is that there’s a good chance you’d either meet tall or short persons rather than persons with average height if you decide to travel to any of the Scandinavian countries.

8. ABBA or a-ha are the only bands the Scandinavians listen to

‘Everyone listens to either ABBA or A-ha’ might be yet another general misconception. While there have always been ABBA and A-ha albums on sale in each every music shop in all Scandinavian states (and even though there are several ABBA museums in Stockholm), new bands and artists have been rising to prominence and enjoying constant airplay on mainstream radio stations or TV music channels since at least the beginning of the 2000s. Among the most illustrative examples of new Nordic artists that have been — and still are — fashionable are Aqua, Björk, Erlend Øye, Avicii, Röyksopp, Basshunter, Sigur Rós, MØ or Lukas Graham.

Depression is as well one of the most common stereotypes associated with Scandinavians. This misconception erroneously asserts that Danes, Norwegians, and Swedes are all tremendously depressed because of the weather and the lack of sunshine.

Point 10 from this list might solve the ‘enigma’, at least in part. It is true though that some people from the Scandinavian states suffer from what is known as the S.A.D. syndrome (which stands for ‘Seasonal affective disorder’), but this doesn’t make all Scandinavians utterly depressive.

Generally speaking, this myth can be easily debunked by the happiness index provided by the World Happiness Report for the period 2012-14 where a detailed chart of the most happiest countries worldwide is depicted.

According to this report, for the period 2012-14, Iceland is the world’s second most happiest country (being surpassed by Switzerland) followed by Denmark on the third place and Norway on the fourth one. Sweden seems to be the ‘least happiest’ of the Scandinavian countries, placing itself on the 8th spot. The secret, if it can be called as such, of these positions of the Scandinavian countries in the global index of happiness is that the Scandinavians generally tend to lower their expectations, thus being less deceived in the case of failure. Index of the most happiest countries worldwide. Image source: www.newsweek.com

6. The popularity of Lego as children’s toy

Lego was indeed invented in Denmark but nowadays modern technology has taken over the interests of both Danish, Norwegian, or Swedish kids. While Lego will always be appreciated quite everywhere in the world, it might have as well become a little bit obsolete in Scandinavia. Also, just as a fun fact, the first Lego location (which is based in the small town of Billund, Denmark) has been hosting a Legoland Theme Park to this day. 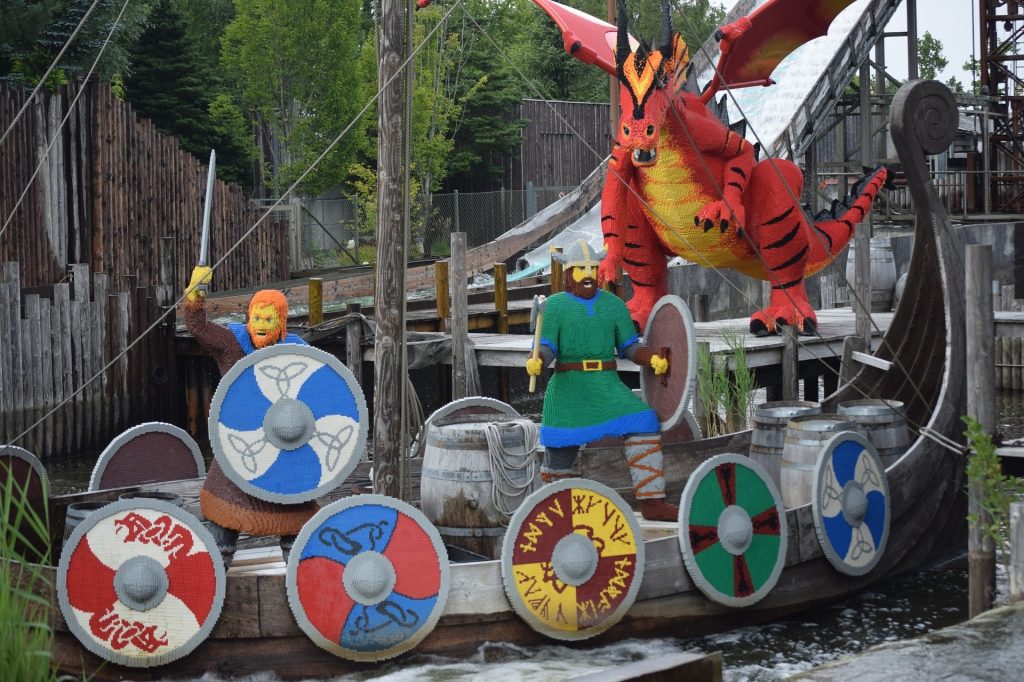 5. A very expensive way of life

It is true that prices on mainly anything in Scandinavia are higher than in most of the European states, but this is primarily due to the additional higher rate of sale tax taken on the vast majority of products and services.

As such, one can easily conclude that a pivotal factor which makes the difference between the standard of living in the Scandinavian states and those in the rest of the European ones is the high sale tax on a certain service or product. In addition, the wages are also higher than the average ones in other European states.

Nevertheless, it is true that some Norwegians go shopping in Sweden (given the lower prices than in Norway) and that some Danes might cross the border shared in the south with Germany to purchase various cheaper goods. For a tourist or a newcomer to Scandinavia, prices may be a problem to some extent, but the vast majority of the natives can generally afford a wide variety of products and services given their salaries. 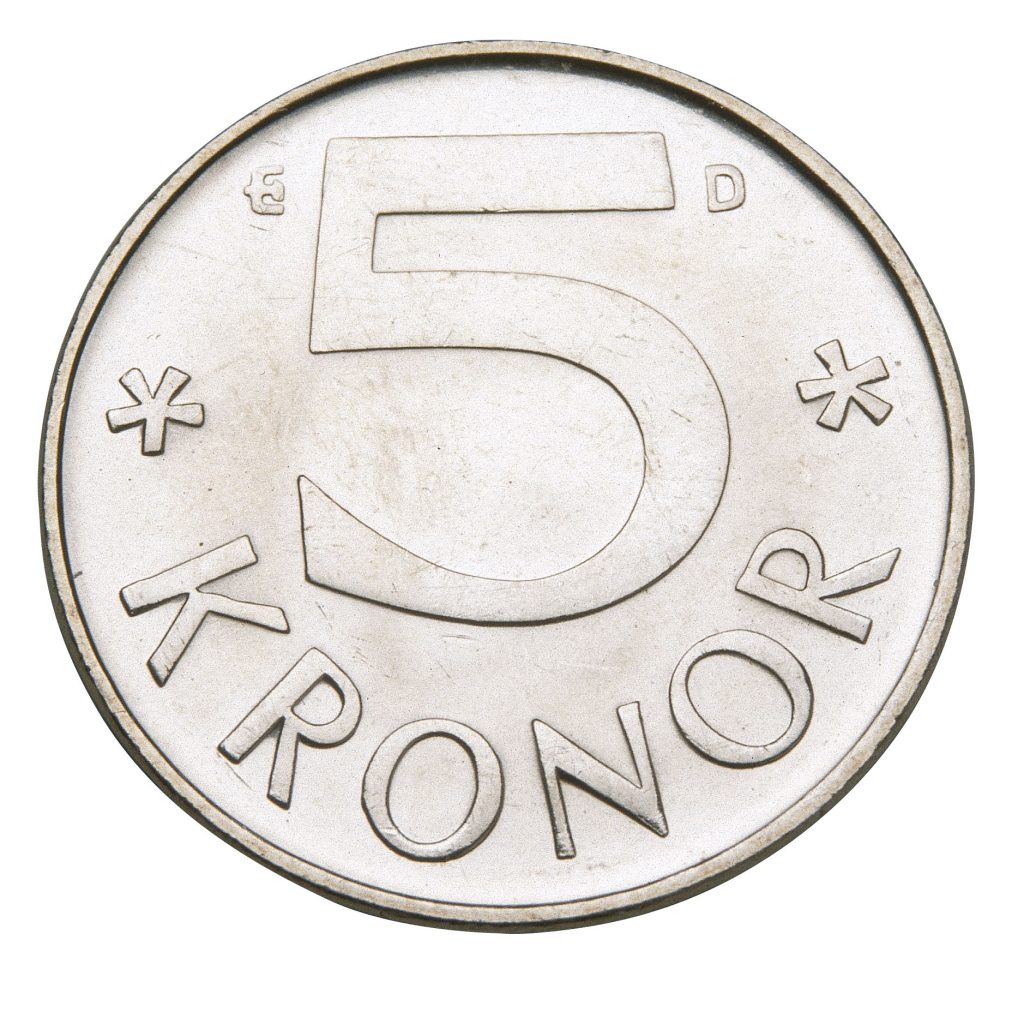 The upside of a Swedish femkrona from 1986-1993. Image source: Wikimedia Commons

4. Scandinavia is one country

Scandinavia is evidently enough not one country. This confusion might arose among the foreigners who didn’t make their homework before visiting any Scandinavian state (or among those who regularly skipped geography classes during their early schooling).

Location of the Scandinavian peninsula in Europe, as viewed from satellite. Image source: Wikimedia Commons

Just to set the records straight, Scandinavia is a large peninsula located in Northern Europe. The three states that together form Scandinavia (from the cultural and geo-political points of view) are Denmark, Norway and Sweden. Thus, Scandinavia includes both Denmark, Norway and Sweden, three distinct countries, each of them having their own language, history and culture (but still sharing quite many things in common one with each other). Finland is sometimes included into the broader sense of Scandinavia, but geographically speaking it is rather part of Fennoscandia than of Scandinavia proper.

Furthermore, Denmark, Sweden, Norway, Iceland and Finland, together with the Faroe Islands, the Åland Islands and Greenland form the Nordic Council, a geo-political regional forum of collaboration between the Nordic states established in 1952.

Comic map of Scandinavia. Scandinavia includes Norway in the west, Sweden in the east and Denmark in the south. Image source: www.coreknowledge.org.uk

3. Norway and Sweden are small countries

Both Norway and Sweden are, in fact, quite large states from the point of view of their total area. On the other hand, it is true though that the combined population of both countries surpasses 15 million people only by a small extent.

Continental Denmark is smaller than either Norway or Sweden, with an area of approximatively 42,915 square kilometres (ranked 133rd worldwide), compared to Norway’s 385,178 (61st worldwide) or Sweden’s 450,295 (55th worldwide), and a population of roughly 5.7 million as of July, 2015 (ranked 113th worldwide). The most populous Scandinavian state is Sweden, followed by Denmark and Norway. 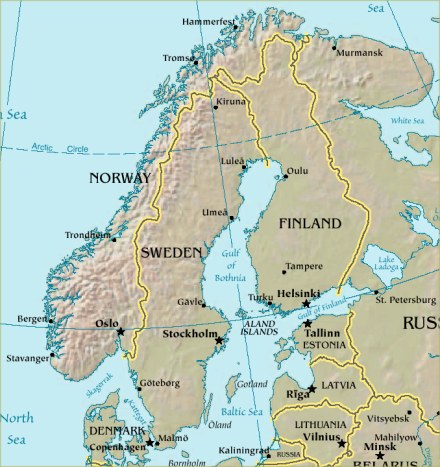 2. The myth of Nordic socialism

Moreover, please keep in mind that all three Scandinavian states are constitutional monarchies and that the Nordic economic model is highly efficient according to a wide variety of economic indicators. However, there will always be pros and cons on the implementation of social-democratic policies in general, evidently depending on one’s political stance. 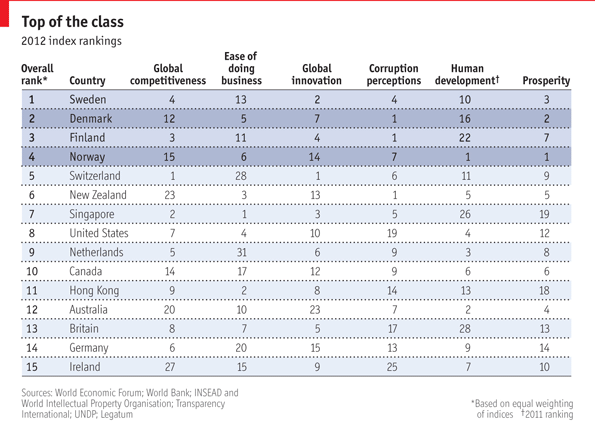 A 2012 chart by the Economist showcasing the economic ranking worldwide based on several indicators. The economies of the Scandinavian countries are on the top of the chart, thus implying that the Nordic countries are probably the best governed in the world. Image source: www.economist.com

1. What if people might not speak English well in Scandinavia?

Some people think that the Danes, Swedes and Norwegians do not speak English well. Nothing more untrue. English is widely understood in Denmark, Sweden and Norway and can easily regarded as the second language spoken by the vast majority of Scandinavians.

Furthermore, Danish, Swedish and Norwegian are also closely related to English given the fact that all four are Germanic languages, so there are certainly many linguistic common features between these four languages (such as cognates or similarities in respect to grammar). Statistically speaking, almost 90% of all Scandinavians are able to hold a conversation in English according to the 2012 Eurobarometer report. 5 Responses to Top 10 Misconceptions About Scandinavia